How Old Is Too Old To Drive? Here Are A Few Tips To Help You Decide 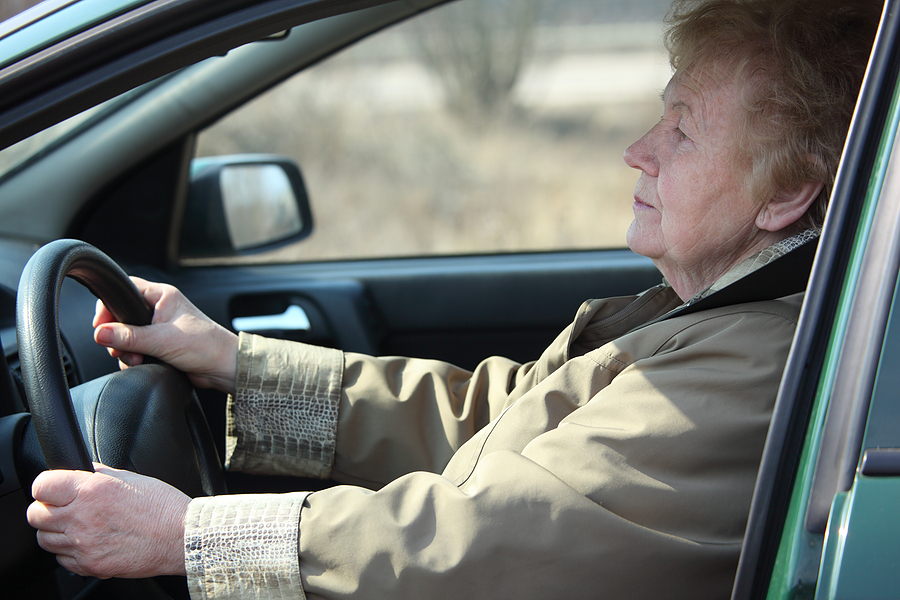 December 3rd through December 7th is National Older Driver Safety Awareness Week, and it's a week that everyone would do well to give a little more attention to the safety practices of older drivers. Companions of the elderly such as family loved ones and also professional caregivers are usually quite well in tune with the capabilities of their elderly friends and relatives, and have an understanding about whether it's safe or not for them to be operating motor vehicles. Caregivers in Everett and elsewhere urge everyone to use the week devoted to elderly driving safety and awareness, to determine whether it's still safe for seniors in your life to be driving, or whether it might be time for them to leave the driving to someone else.

According to the National Highway Traffic Safety Administration, by the year 2020, there will be more than 40 million licensed drivers on U.S. roads who are aged 65 and above. Statistics from that same organization make it clear that 14% of all traffic fatalities are attributed to senior drivers, and another 9% of pedestrian deaths are likewise caused by elderly drivers. However, telling an elderly person that they shouldn't drive anymore can be a very sensitive issue for family members or friends to bring up, and can lead to some hurt feelings as well as other issues. So how can you tell when an elderly person is no longer capable of driving safely?

One of the strongest indicators is their traffic record. If a senior has recently been acquiring traffic tickets for obvious driving infractions when they never got them before, it can be a sign of declining skills or judgment. To rule out any physical disabilities, both eyesight and hearing should be checked, and if either is lacking, they can be brought up to snuff again with corrective lenses or a hearing aid. However, if there are signs of cognitive decline, that can be just as dangerous and perhaps even more so.

If a friend or relative rides with an elderly person who exhibits signs of cognitive decline or of physical disability, the issue should be brought up right away regardless of any sensitivity associated with it. While driving represents one of the last true freedoms that an elderly person might have, it should not be ignored when their driving skills have deteriorated to the point where they represent a danger to themselves and to others. If you notice this situation developing with your own senior loved one, you should point it out to them, and if they disagree, there are still some steps you might take.

As people age, their reflexes slow down and they are unable to react as quickly to developing situations, including traffic situations like they could when they were younger. If vision declines, it will be harder to see signs and traffic devices and to judge distances. Some elderly people take medications which cause drowsiness, and this can be a tremendous hazard to the driver and everyone on the road around him/her. If a senior driver is beginning to be afflicted by early-stage dementia, it can be a frightening experience out in traffic, where it can be very easy to become disoriented and confused.

If you suspect that an elderly loved one may be experiencing declining skills behind the wheel, you should ride with them as soon as possible, so as to make a determination. You might notice abrupt lane changes, slamming on the brakes, accelerating inappropriately, ignoring stop signs or traffic lights, drifting out of the proper lane, or even confusing the brake pedal and accelerator. Whether these are attributable to physical causes or reduced cognitive skills, your senior friend might very well be undergoing some kind of loss of driving skills, and you should confront them about it.

How to handle declining driving skills

If a senior relative of yours refuses to give up driving, even when it's obvious to others that their skills are in decline, it would be worthwhile to notify the Department of Public Safety's Driver Services Division. This agency has the authority to intervene, and require a licensed driver to take a hearing exam, an eye test, a road test, and even a cognitive test, to determine whether or not they will be safe on the roadways of the country. Many elderly people are reluctant to surrender their right to drive, even when they know it might be dangerous for themselves and for other drivers and pedestrians.

Still, the best way to handle such situations is to be direct and honest with your senior loved one. No one really believes they are a danger to others, or that they might hurt people while driving, but when driving skills are diminishing, that all becomes much more possible. It can be a very difficult discussion to have with your parent, but a difficult discussion is much better than having someone actually injured as a result of your parent's driving. During National Older Driver Safety Awareness Week, make yourself aware of your senior loved one's current driving capabilities.