What Is Ageism And Is It A Problem? 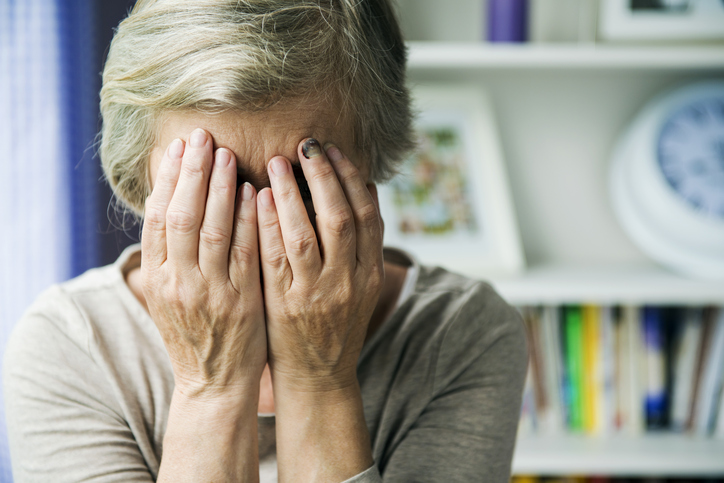 The attitudes expressed by people about aging, and all the language used to describe those attitudes, are what constitutes the phenomenon known as ageism. Your private duty caregivers from the Marysville area are very much aware of ageism and its effects, because they often encounter it in their daily work routine, and they see how it affects older people under their care.

Ageism can definitely be a problem for elderly people because it can make them feel devalued in society. In some of the most blatant cases, seniors are seen as decrepit, incompetent, and in a constant state of decline. The effect of these highly negative attitudes is actually measurable, and surveys have shown that elderly people who begin to think of themselves in this kind of negative light, can be expected to have a lifespan 7.5 years shorter than their counterparts.

Ageism starts at an early age

It happens quite frequently in fact, that after enduring the effects of ageism for years, many older people actually begin to perceive themselves in the same kind of negative light which others see them, and they actually begin to walk slower, develop problems with remembering, and become slower healers. In other words, they literally grow into the state which others perceive them to be in.

Amazingly, ageism is so firmly entrenched in society that it actually begins for most people during childhood, usually around the age of six. As startling as this sounds, it is at that tender age which many people begin to unconsciously frame attitudes about older people being less capable, less intelligent, less useful to society, and being more of a burden than a contributor in society.

The three pillars of ageism

There are three predominant and prevailing attitudes which comprise the phenomena of ageism, these being successions, identity, and consumption. All of these are attitudes which many people develop from their earliest years, and which they often confirm for themselves as they become adults. Having absorbed those attitudes in their early years, it's natural that they retain them as they reach their own elderly years, and begin to consider themselves as devalued members of society as well.

The attitude about identity is that older people should act old, and not attempt to act like younger persons. The consumption attitude is all about older people having less value to society, but consuming more resources than younger people. The succession attitude is one in which younger people feel that the elderly should step aside from prominent employment positions so that younger people can take those jobs. Altogether, these three pillars of ageism constitute a serious prejudice against elderly people, and it can strongly color the way seniors are perceived, as well as the way younger people act toward them.

What younger people can do about ageism

The biggest problem with the ageism phenomena is young people's awareness of it. Younger people need to be aware that these prevailing attitudes have no real bearing on the actual character of the elderly in most cases, and that older people are deserving of the same kind of respect as anyone else.

The difficulty with this is that many younger persons don't even realize that they have slowly acquired those attitudes associated with ageism over a long period of time and that they have become unconsciously ingrained. Those who are aware of the harm that ageism can produce are obliged to make others aware and to do whatever is possible to reverse those negative attitudes.

What older people can do about ageism

The first thing that older people need to do about ageism is completely overthrow those inappropriate attitudes about themselves. It must be recognized that these are attitudes imposed by society at large and that they have no real bearing on your true sense of worth as a person. To go about this, you should first embrace your age, and be proud of the fact that you have reached this stage of your life, and that your value is not determined by what you are still capable of doing. Your sense of self-worth should be based entirely on the whole history of yourself, and the true person that you are.

Another way that you can overthrow the effects of ageism is by speaking up whenever you see instances of these attitudes around you. This includes any of those false perceptions which may be imparted to young people in your own family. If there's anything you can do to prevent the early absorption of inaccurate attitudes in young people, it will be well worth doing so.

Lastly, it would be very much to your advantage to develop as positive an attitude as possible about yourself and about your place in society. Don't dwell on those things which you're no longer capable of doing, but emphasize all the positive things about your life, and those things that are good about the world. Doing these things to help overthrow prevailing attitudes of ageism can be good for you and for all elderly people, and it can also add years of quality experiences and time to your life.